From January through the end of November 2014, there have been 226 homes sell in the Breckenridge/Blue River area.  The average sold price has increased +15.98% over the same period of time in 2013 from $835,109 to $968,568.  While this is a sizeable jump, it does not mean that all homes in Breckenridge and Blue River have appreciated this much over the previous year.  This may be attributed to the increase in sales over $2 million which have almost doubled from 10 in 2013 to 19 in 2014.  Many of these homes are located in ski in/ski out locations which command not only a higher price, but also a higher price per square foot. 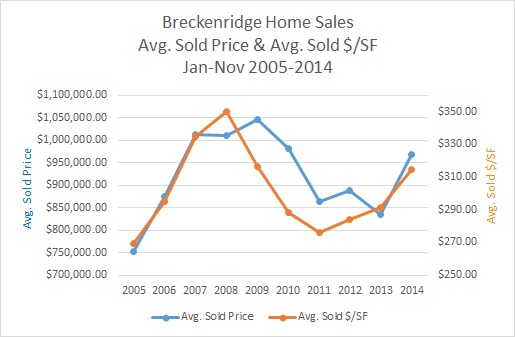 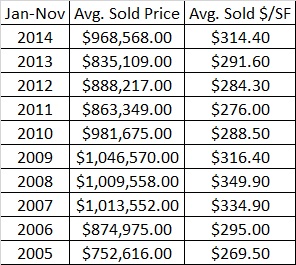 What this means for Buyers looking for a Breckenridge home for sale is that while the market is moving in an upward trend, prices are not back to their height and as some would say “you have not missed the boat”.  Sellers: now is a good time to consider selling if you are looking to downsize/upsize, switch locations, or sell a home for a different reason.  For additional information about Breckenridge homes for sale or to discuss selling your Breckenridge home, contact Krystal Knott with Christie’s International Real Estate.  I am a full-time broker with over 10 years of experience and knowlege of Breckenridge CO Real Estate.  Call 970.333.0116 or visit my website to browse all Summit County Real Estate for sale.  I look forward to assisting you in finding your ideal Breckenridge home. 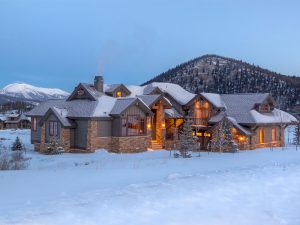