The Breckenridge Real Estate market picked up momentum over previous years including the Breckenridge Single Family Home Market in 2011.  At the end of 2011 the total number of Breckenridge single family homes sales increased 32% over 2010 with 201 sales.  This is more sales than occurred in 2009 or 2008. 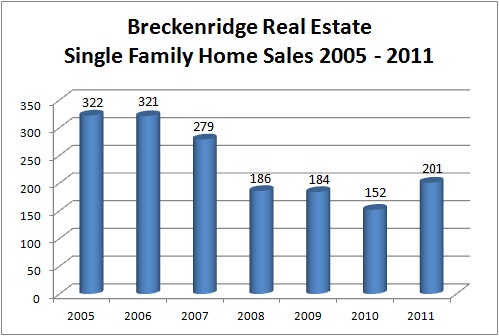 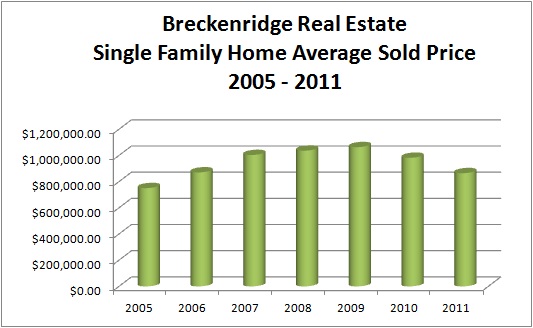 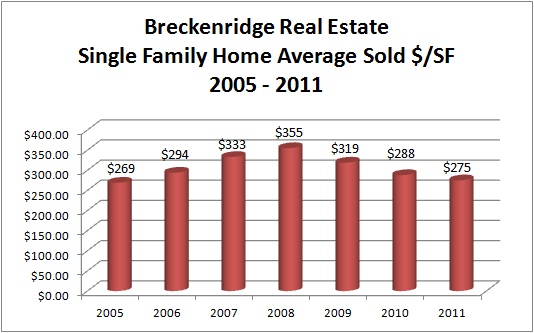 While the price for a home in Breckenridge varies based on location, age, finishes and other factors,  one thing is for certain: prices are down and sales are up.  Does this mean the Breckenridge Real Estate market has hit bottom?  We’ll let you decided for yourself, but our clients who have recently purchased properties in Summit County think it is there or very close.

SEARCH ALL HOMES FOR SALE IN BRECKENRIDGE CO REAL ESTATE