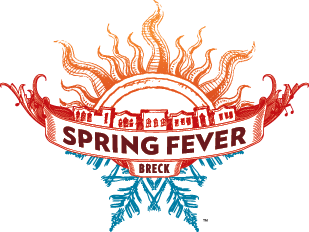 With the start of spring Breckenridge Colorado kicks off their Breckenridge Spring Fever which runs from March 17 – April 14, 2013.  The months of March and April are historically known as some of the best months for skiing in not only at the Breckenridge Ski Resort but also at Keystone and A-Basin.  Come enjoy the outdoors and (fingers crossed) fresh snow this spring and partake in the fun events during Breckenridge’s Spring Fever 2013.

Sunday, March 24th — Spring Fever Chili Cookoff from 2-4pm at the base of Peak 7 at Sevens restaurant

Saturday, March 30th — Golden Easter Egg Hunt throughout town grab a golden egg and yours could be filled with cash, restaurant deals and more.

Whether you get out on the hill or just want to enjoy Breckenridge’s Spring Fever events be sure to grab your sunscreen as Breckenridge is known for having beautiful blue bird days!  Love spending time in Breckenridge Colorado, then why not make it your second home.  For questions or inquiries regarding Breckenridge Real Estate, contact Krystal Knott with Christie’s International Real Estate at 970.333.0116 or visit online.