Sotheby’s Auction of the Casablanca Piano in New York December 14, 2012 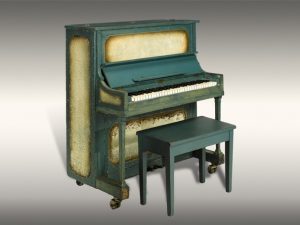 On December 14, 2012 at the Sotheby’s Auction House in New York City the Piano from Casablanca will be auctioned off.  The piano was used in the classic 1942 movie to play “As Time Goes By”, an equally classic song.  On the 70th anniversary of the movie’s release the current owner and movie prop collector is putting the instrument up for sale.  He purchased the Casablanca piano in 1988 through the Sotheby’s Auction House for $154,000.

The piano is most famous for the Paris flashback scene where Sam plays and sings “As Time Goes By” while Rick and Ilsa lean on the piano drinking champagne and Rick utters the famous line “Here’s lookin’ at you, kid”.  While no one can predict what the piano will sell for, the Sotheby’s Auction House is estimating it will fetch around $1.2 million.  The Sotheby’s Auction House auctions off a wide variety of items daily, visit their website for additional information on this and upcoming auctions.